Glad Up, the male sexual stimulant...

FIVE, a powerful aphrodisiac with...

A dietary supplement with... 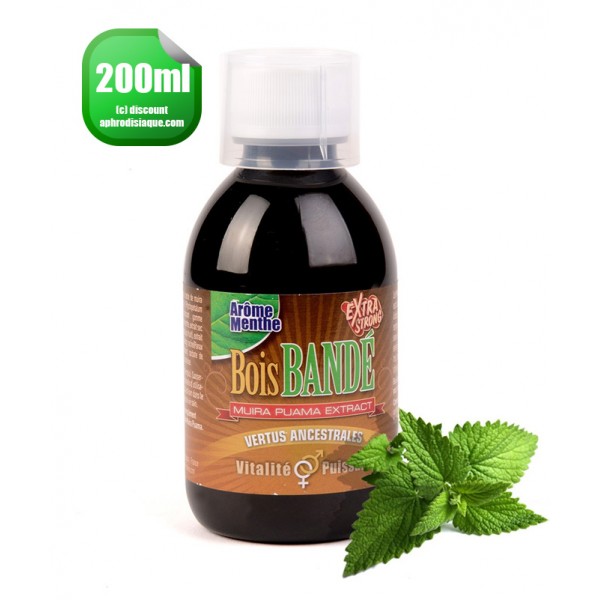 Bois Bandé flavoured Mint and enriched with Radix Ginseng and Tribulus Terrestris. The most powerful Bois Bandé on the market.

Let's start with the origins of Bois Bandé . From its learned name Muira Puama, this small tree whose bark has been used for centuries by Amazonian Indians to treat, in addition, sexual disorders. Over the centuries, Bois Bandé has become an essential natural aphrodisiac. To date, it is the most widely sold sexual stimulant in the world. This liquid aphrodisiac is also an excellent natural remedy for influenza and rheumatism. The main concern of this sexual stimulant is its bitter taste. Lapinox looked for a solution and found THE ultimate Bois Bandé , flavoured Mint, for an excellent and pleasant taste.

In addition to being pleasant to eat, Bois Bandé Extra Strong is enriched with Radix Ginseng and Tribulus Terrestris, two natural and powerful aphrodisiacs. In conclusion, this Bois Bandé and therefore the most efficient in its class placing the competition far behind. But with a 200 ml bottle, it is also the cheapest Bois Bandé . 2 good reasons to test this powerful aphrodisiac!

Bois Bandé dietary supplements cannot be used as a substitute for a varied and balanced diet. To be consumed as part of a healthy lifestyle. Do not exceed the recommended daily dose. Do not leave within reach of children. Not for use by pregnant or breastfeeding women, and by people undergoing medical treatment. For your health, eat at least five fruits and vegetables a day, exercise regularly, avoid eating too much fat, too much sugar, too much salt, avoid snacking between meals.

16 other products in the same category: